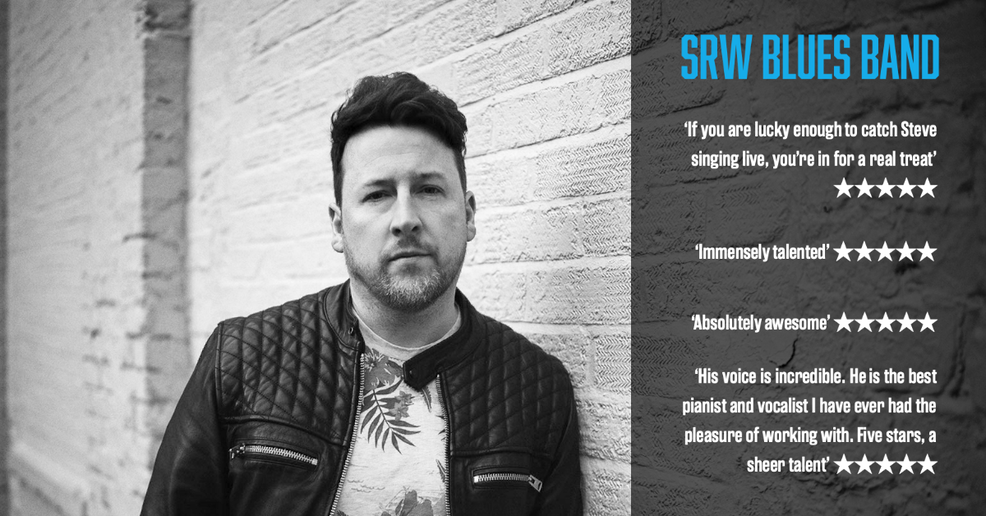 ‘Blues, funk and soul come together in this rare collaboration of musicians from the South-West’s thriving music scene. As busy session musicians in their own right, this is an outfit for which the phrase, ‘once in a blue moon’ was invented! Needless to say, when these guys do eventually get together it’s always an awful lot of fun. Expect heartfelt, raw vocals and blistering solos over a rock solid bed of deep grooves. These guys play for fun, and they take their fun very seriously…’

'As a piano player, guitarist and singer, the diversity of Steve’s musical output has been wide and varied. Over the years Steve has been drafted in to play keyboards for several artists including Jamelia, Leo Sayer, Mel C, Paul Young, Sophie Ellis-Bexter, Rebecca Ferguson, Corey Hart, The Overtones, Lulu, Tulisa, Nadine Coyle and many others.
​
As well as being a recording artist and a regular on the session scene, Steve takes great pride in his role as the gentleman of the piano bars! You can often find him on a Saturday night surrounded by groups of enthusiastic partiers!'​
SRW BLUES BAND MEDLEY - LIVE
This is an edited together medley of some of our tunes. Please give the player a moment to load when you press play. Enjoy!